Choosing the right framework for a new JavaScript system, application or website is a top priority for any business. So, […] 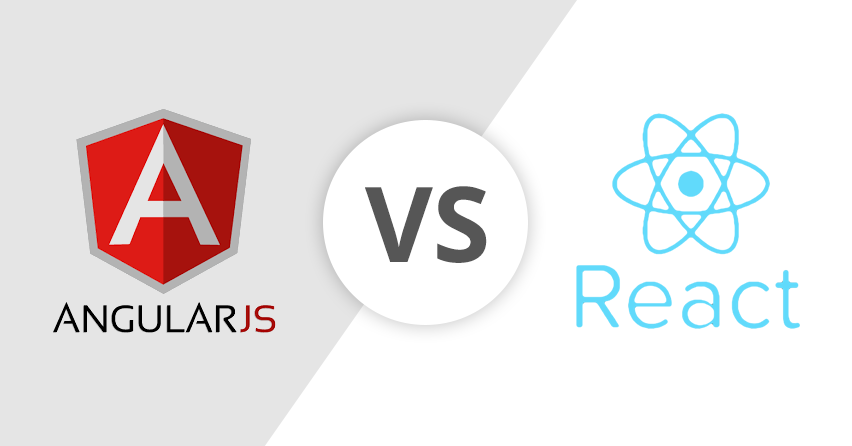 Choosing the right framework for a new JavaScript system, application or website is a top priority for any business. So, how are we supposed to decide? A pros-and-cons list never hurts. Spoiler Alert…. I love React.js

React is developed and maintained by Facebook and used in their own products, including Instagram and WhatsApp. It has been around for roughly three and a half years now, so it’s not exactly new. It’s also one of the most popular projects on GitHub, with about 74,000 stars at the time of writing. Sounds good to me.

Angular (version 2 and above) has been around less than React, but if you count in the history of its predecessor, AngularJS, the picture evens out. It’s maintained by Google and used in AdWords and Google Fiber. Since AdWords is one of the key projects in Google, it is clear they have made a big bet on it and is unlikely to disappear anytime soon.

Although Angular continues to see increased growth in usage, it’s falling further behind React. Another factor for both frameworks is the rise of Vue. It’s growing at a very fast rate and has a good chance of unseating Angular as the second most popular framework by the end of the year.

React JS is leading in United States, Japan, Brazil, China and 107 other countries.

React.js embeds HTML into JavaScript, while others continue putting JS into HTML.

Angular JS is leading in most countries, including Taiwan, Russia, Germany, India and 109 other countries.

When Should you use react?

React shines when you have lots of dynamic content changing within the view. Most client-side solutions on the web today struggle with rendering large lists of items within a single view. This “struggle” may be on the order of milliseconds, but in this increasingly digital world, a half a second delay is all it takes to kill your user experience. It’s why sites that have a lot of dynamic, constantly changing, data-intensive content like Instagram or Facebook choose to power their applications with React.

As a library, you can also use React as the view component of AngularJS or other frameworks, because it does not tie you to a specific technology stack. That said, there’s a quickly growing community and a number of existing libraries and add-ons that can help you build an app from scratch. Consider Flux, the application architecture Facebook uses to create an application powered by React. React is also perfect for those familiar with ClojureScript and its immutable data structures — the Om project is the rising star for those looking to build dynamic applications using these technologies.

You should choose Angular JS if…

Development time is at a premium, and you need a full, comprehensive framework that will get you running quickly out of the box. As we mentioned earlier, comparing a library to a framework isn’t really a valid question, as you can always use one with the other.

The real question to ask is when shouldn’t you use React? React is not backwards compatible with browsers older than IE8. Also, the community is young, so it’s possible you’ll have to do a lot of “reinventing of the wheel” in order to get the specific features you’re looking for. It’s also up for debate whether or not installing React is worth the trouble if your project is either a simple webpage or if AngularJS is already more than capable of rendering your view.

With the recent release of Angular 2.0 on May 2, 2016, Angular devotees have another reason to stick with their framework of choice. Angular 2.0 shipped with a huge performance boost, including support for server-side rendering and a similar approach to using one-way data binding to only manipulate the parts of the DOM that need to be changed. However, Angular 2.0 also involved a major rewrite of the framework, so whether you choose to install React or upgrade to the next generation of Angular, there’s still going to be a learning curve to overcome.

What should I choose?

If you love object-orientated-programming (OOP): Angular

If you need guidance, structure and a helping hand: Angular

If you love big ecosystems: React

If you like choosing among dozens of packages: React

If you love JS & the “everything-is-Javascript-approach”: React

If your app tends to get really large: Angular (or React)

If you want to build an app with react-native: React

If you want to have a lot of developers in the pool: Angular or React

If you can’t decide, first learn React, then Angular.

If you are wondering what I would choose: React

A little bit of debate: Don’t compare Apples to Oranges. Why i use React.

I meant no harm in both ecosystems, and probably let’s just say that it’s easier to integrate new features in React than Angular because React is a library and Angular is a Framework.

When you’re using a library, it’s just one part of your application. So obviously the learning curve is small as well, and you can blend in some other libraries you might wanna use.

Framework, on the other hand is big. And you are to adhere with their standard way of doing things (such as doing HTTP requests, component bindings, event bindings and so on). In short, you are constrained to do everything their way. In the case of Angular, you need to do things the “Angular” way. Everything! It doesn’t matter how tricky it is to bend in their way, you have to follow it since you’re using a framework.

Loving my WordPress theme? Get it for $30 only. Get Zzero Theme